Many cichlid enthusiasts, regardless of the species they keep, use various rocks in their tanks. Yes, rocks are typically more common and prevalent in African cichlid set-ups, but rocks can work in any aquarium and nearly any biotope set-up. That’s the good news. The bad news is certain rocks can create problems that other aquarium contents don’t. This post isn’t about rock composition but rather rock shapes.

Most cichlids are rambunctious because most species are aggressive. When multiple cichlids are confined in closed spaces, they can’t as easily escape each other. Straight-line swim speed allows some species to escape pursuit in the wild, but that’s dependent upon straight-line space to swim. Enclosures like fish tanks handicap those species that are superior swimmers, which is one reason we employ rocks in our tanks. Rocks serve as shelter and hiding places, among other things.

Ever seen one of your cichlids with a nasty looking scratch on its side? There is a good chance it got that from either chasing another fish or being chased, and it came in contact with something – like a rock. If your rocks have pointed or jagged edges and you have especially aggressive species, there’s a good chance your fish are will eventually get scratched. Getting a scratch isn’t the worst thing that might happen to your fish. However, if you’re not keeping your tank reasonably pristine, you’re asking for trouble. Most healthy cichlids aren’t impacted by normal scratches. They typically heal up just fine. But housing scratched fish in poor water conditions often leads to problems that you do not want to deal with. [All photos below are courtesy of the author.] 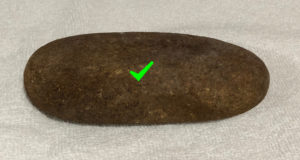 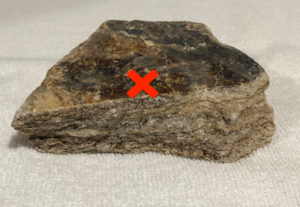 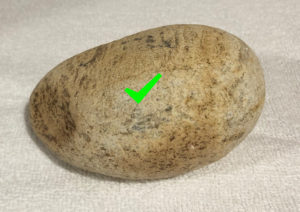 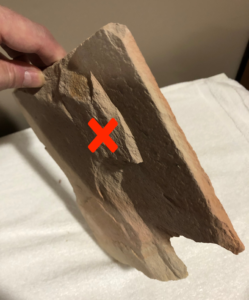 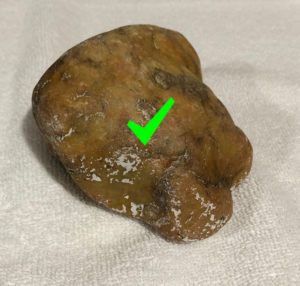 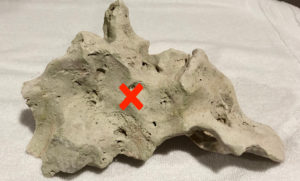 One way to limit such scenarios is to use rocks that don’t present problems for your fish. I use river rock and holey rock in my tanks. River rocks typically have smooth, rounded ends and edges. I’m not in any way saying cichlids can’t get scratched on river rocks, because they can. In fact, cichlids can get scratched on any tank content, including sand substrates, especially during a particularly nasty encounter. However, using river rocks and similar smooth surfaced rocks can reduce such problems for your fish as opposed to granite, sandstone, and rocks with jagged edges and rough surfaces. Holey rock can also be used but be judicious about the pieces you buy. Some are very jagged while others are quite smooth. Note the photo of the holey rock above (bottom row). It has some jagged edges, so it would not be ideal.