I went to my lfs to purchase a nice piece of driftwood. They carried a variety of shapes and sizes, and most of them were “tank ready” because they housed them in the fishroom tanks. This made it simpler for me because I knew I wouldn’t have to weigh the piece down in my tank.

I found what I was looking for and paid them. They wrapped the wood in wet newspaper and placed into a styrofoam fish box for the trip home. I don’t live far from my lfs, so the newspaper probably wasn’t necessary. In any case, I got home, removed the box, and placed it on my work bench in the garage. My tank wasn’t quite set up yet, so I just left the box in the garage.

Well, about four days went by and I finally got around to getting the tank set up in my home office. I retrieved the styrofoam box from the garage and brought it upstairs. I opened the box, unwrapped the newspaper, which by now was about half dry, and placed the driftwood in the tank. I had already put in my substrate and a heater, filled the tank with water, and had the filter running for a day or so to help clear the water.

I determined in advance that I was going to do a fishless cycle on the tank. I didn’t have any seeded media and I’m not a fan of chemical cycle starters. So I purchased some pure ammonia from the hardware store and began the dosing process. The tank was cycled in less than a month.

Once everything was set up and water parameters were stabilized, I did one last water change before adding some fish. I was vacuuming the gravel and I noticed something move under the driftwood. I couldn’t see anything swimming around so I reached into the tank and turned the wood over. There was a pleco tightly attached to a deep cavity in the underside of the wood, and it was, indeed, alive.

I quickly determined that the pleco must have been in the driftwood when I purchased it and no one noticed. That means that the poor thing survived nearly a week out of the water, with no food, and then endured what must have been pure hell for nearly five weeks before the ammonia and nitrite levels reached zero. I still can’t believed that happened.

By the way, this was in May of 2002. Below is a photo of him taken today with that same piece of driftwood and his little cavity. No, he’s not deformed. The driftwood is out of the water so I could turn it over to get the photo of him. He’s about 4.5″ long and doing fine. 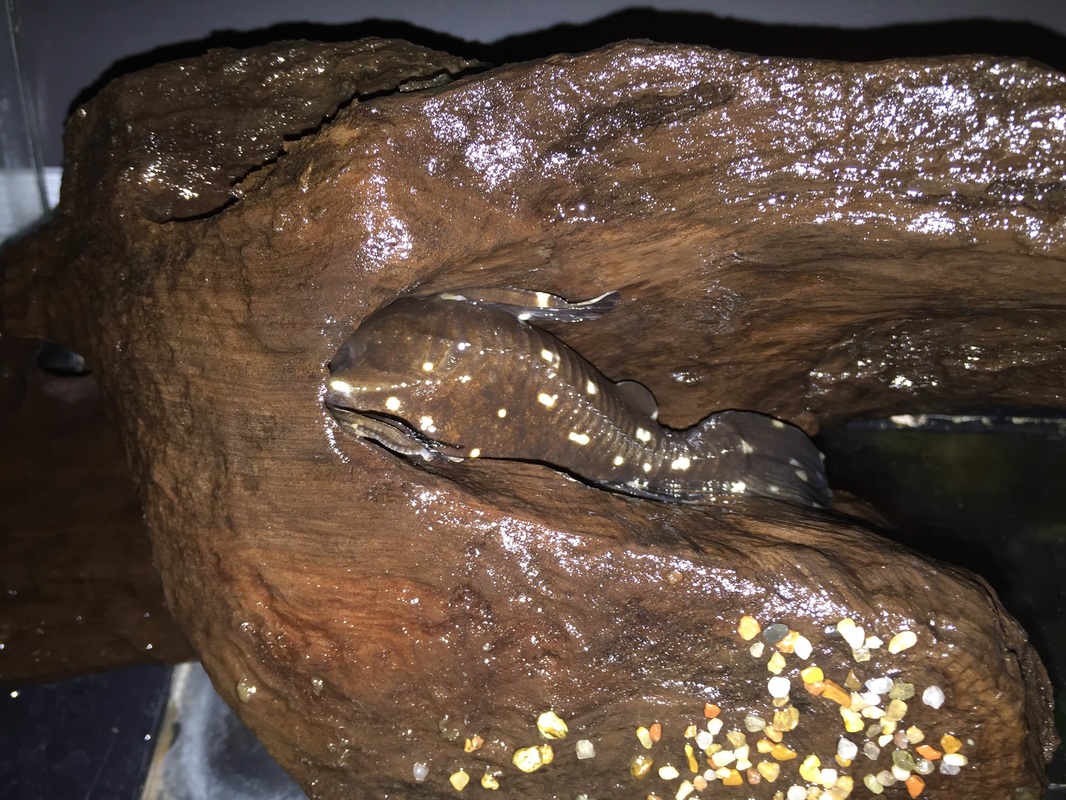 The “tortured” pleco and his forever driftwood home.